Bob is a late returnee to academia after a 45-year break for a career in first, the military, and then, industry.  He was tertiary educated as an anthropologist/archaeologist, and much later, after 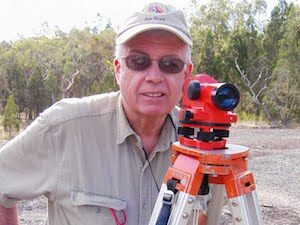 retiring, did a research MPhil at Macquarie University, Sydney, on Indigenous astronomy, publishing on the cultural astronomy of the Kamilaroi and Euahlayi peoples of New South Wales. He is now at the School of Humanities and Languages, University of NSW, and has just completed a PhD researching the cultural astronomy of the saltwater Aboriginal peoples of the Australian East Coast.  He has been active in outreach to the non-Indigenous community through lectures and non-academic articles, and was the instigator of the successful documentary on Euahlayi astronomy, “Star Stories of the Dreaming”.