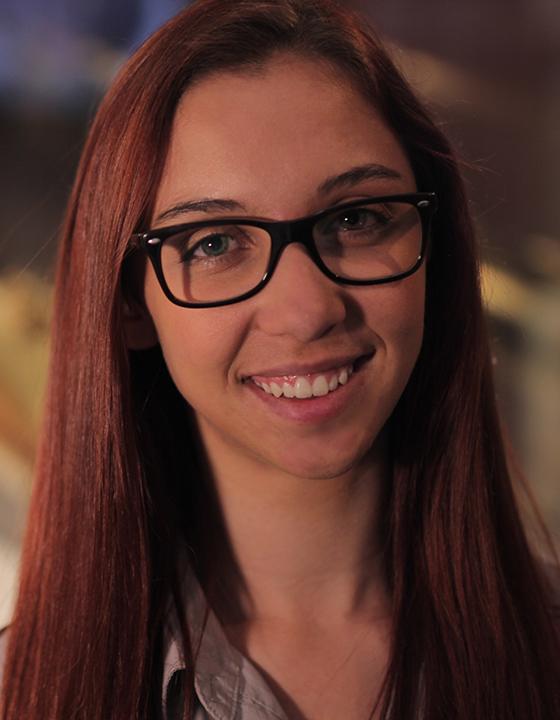 Kirsten Banks is a proud Wiradjuri woman with an undeniable passion for all things space and astronomy. She grew up on Ku-ring-gai country in Sydney’s Northern Beaches always loving the sky. After graduating from Davidson High School in 2014 with the title of “Most Outstanding Student”, she started a Bachelor of Science degree at the University of New South Wales with a major in Physics. Within her first year of tertiary study, Kirsten completed a successful application and was appointed an Astronomy Guide position at Sydney Observatory. It was at Sydney Observatory where Kirsten first sought out to determine where she and her ancestors came from: she learned she is of Wiradjuri descendent.   Kirsten loves to share her passion for space and astronomy. Her role in the media started in February 2017 with the publication of a feature article about her in COSMOS Magazine’s Space Profile sections. Since then, Kirsten has experienced a whirlwind of opportunities in many different media realms. She’s appeared on countless radio shows and is the resident astronomer on Triple M’s Night Shift with Luke Bona. Kirsten’s ultimate goal in life is to become a famous Science Communicator, so she takes advantage of media engagement opportunities as they happen, but Kirsten’s favourite place to be is in front of people giving public talks. Kirsten speaks regularly at Sydney Observatory, has presented at numerous conferences and loves to present Aboriginal Astronomy workshops during and outside of NAIDOC Week and National Science Week.   Kirsten has also branched out to the written word with science writtings. She was twice published in the Guardian Australia’s Opinions section before the age of 21. She is also now a published academic with a co-authored paper published in the Oxford Research Encyclopedia of Planetary Science. Kirsten is also a 2017 CSIRO Indigenous STEM Award finalist.   If you’d like to follow and support Kirsten’s journey to becoming a great Science Communicator, you can like her Facebook page and follow her on Twitter with the handle @AstroKirsten.

The Guardian Australia (March 2018) “I’m following the footsteps of my Aboriginal ancestors, the first astronomers” https://www.theguardian.com/commentisfree/2018/mar/21/im-following-the-footsteps-of-my-aboriginal-ancestors-the-first-astronomers   The Guardian Australia (May 2018) “Aboriginal Astronomy can teach us about the link between sky and land” https://www.theguardian.com/commentisfree/2018/may/21/aboriginal-astronomy-can-teach-us-about-the-link-between-sky-and-land   Oxford Research Encyclopaedia of Planetary Science “The Planets in Indigenous Australian Traditions” http://www.aboriginalastronomy.com.au/wp-content/uploads/2018/06/The_Planets_in_Aboriginal_Australia.pdf   MAAS – Sydney Observatory “Sydney Observatory Sky Guide”